Whether you are a novice or experienced marijuana user, the Bubba Kush weed will tickle your olfactory and taste buds. The unique combination of freshly opened and combusted buds leaves the user yearning for more. This trichome master is a top choice for hash and concentrates makers.

Cannabis growers with some cultivation skills might find this strain easy to cultivate. For their efforts, this strain produces above-average yields characterized by dense and highly potent buds. Bubba Kush provides a long-lasting high that melts all the tension, pain, and aches for a relaxing experience.

What are the origin and genetic composition of Bubba Kush feminized seeds?

Bubba Kush Feminized Cannabis seeds origin is subject to speculation, with its developers suggesting that it was developed after crossing OG Kush strain with an unnamed phenotype of the Northern Lights. This strain leans to the Indica side (80%), and its THC ranges between 17% and 23%, which beginners might find overwhelming in high doses. CBD levels range from 0.06% to 0.1%.

The strain’s optimal height is 170cm which is a huge feat, given that most Indica strains barely grow past 100cm. You can easily identify Bubba Kush through their medium-sized buds and dense structure, a common feature in all Indica strains. Bubba Kush is one of the most resinous strains ever, thanks to the white layer of trichomes.

Bubba Kush is famous for its overwhelming Indica-induced effects, which range from relaxation to couch-lock. After a few hits during a session, calming effects start. The effects start from the brain and clear off any overwhelming thoughts before going to the limbs. At this moment, you might find yourself focusing more on minute things.

As the high reaches peak, the calming effects become sedating, pushing the consumer to the couch. Novice marijuana users are advised to approach this strain with precaution. This body-melting bliss lasts for several hours before sleep sets in. This strain is known to cause munchies, so always have some snacks around to satiate the hunger.

What does the Bubba Kush strain smell and taste like?

Freshly opened Bubba Kush buds produce a mix of coffee and cocoa aroma, with fruity notes. When combusted, the buds give off a mix of hashy and spicy aroma. If your olfactory buds are highly sensitive, you might cough and experience a running nose after inhaling the smoke.

The strain’s taste can be described as dank, with some notes of pepper and sweetness. The taste buds remain with this taste hours after the session.

Bubba Kush is a relatively hardy strain that can survive indoors and outdoors. It is easy to grow and a perfect choice for the novice who has limited knowledge of cannabis cultivation. Bubba Kush should be grown in hydroponic solutions when grown indoors. Additionally, the temperature range for Bubba Kush should be kept between 22 and 27 degrees Celsius and humidity between 40% and 45%.

Can the Bubba Kush strain be used therapeutically?

Bubba Kush Feminized Cannabis Seeds are easy to grow and produce well over the projected thc. The plants are amazing and the company is amazing. I would highly recommend these seeds to anyone looking for a great cannabis strain. 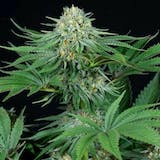