England’s Finest… The Original Cheese IBL needs no introduction. It is a classic indica dominant hybrid variety, a home grown English strain that has brought a new meaning to the word pungent. Originally developed in the UK in the 1980s, Cheese had a brief ride around the Amsterdam coffee shop scene before the Super Skunk invasion. It went away but returned in the 1990s, widely believed to have been developed by Exodus, a legendary UK collective famed for their underground parties. Fem Original Cheese seeds produce potent buds—despite the moderate 16–20% THC levels. After just one toke, your mind zones into a dreamy state, and you feel as though you’re floating through a stream of euphoria. Creative ideas flow—keep a pad and pen nearby to jot down your thoughts. With your head in a happy place, limbs begin to soften, and the couch calls your name. Original Cheese feminized seeds develop into indica leaning crops, but the bud’s effects are well-rounded and introduce the sativa side too. As the plants grow and nugs form, a strong cheesey and earthy aroma fills your room, enticing you in for a taste.

Are you looking for a fast-growing, healthy strain of cannabis that you can enjoy in both medical and recreational applications? If so, then Original Cheese Feminized Cannabis Seeds may be perfect for you! These seeds germinated in just 24 hours and produced large plants with plenty of dense buds. The buds were fragrant and tasty, with a unique cheese flavor that was quite pronounced. This strains has great yields and can provide an effective treatment for a variety of medical conditions. So what are you waiting for? Order your Original Cheese Feminized Cannabis Seeds today! Awesome!!! 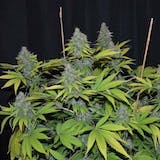